Does a Shrimp Tank Need a Lid? The Pros & Cons 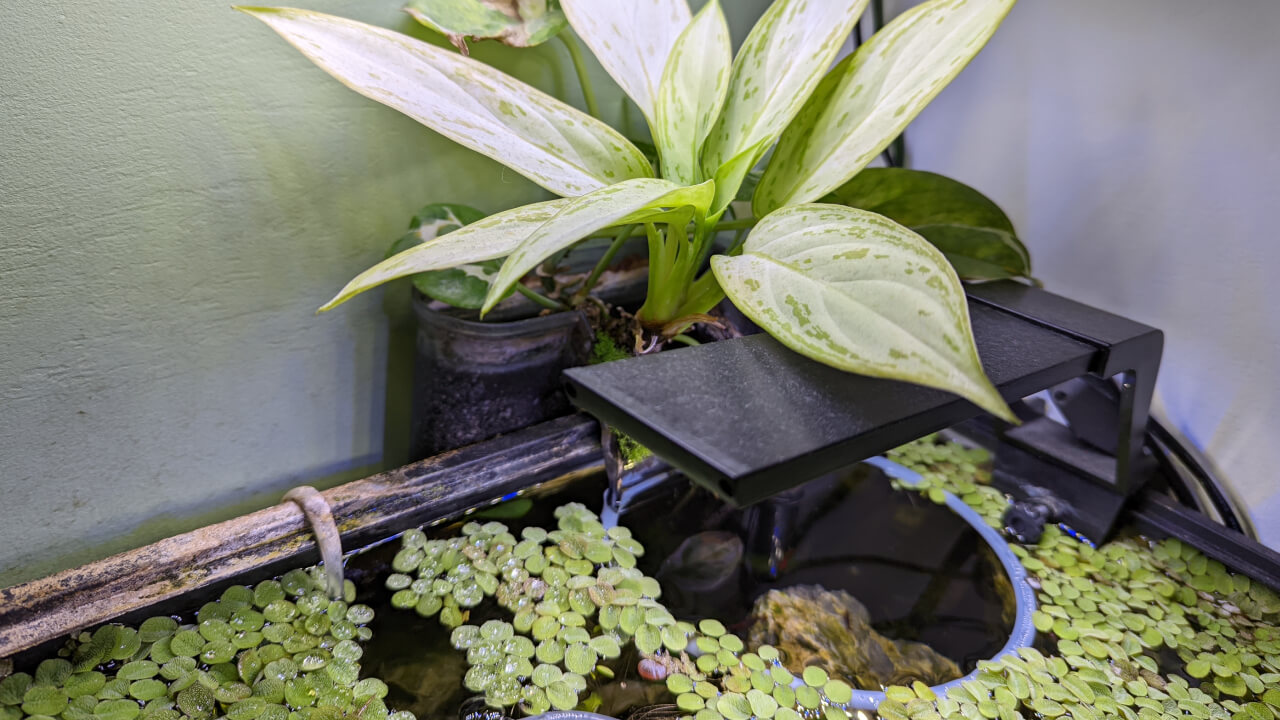 The short answer is no, you do not need to use a lid on your shrimp tanks, but they can provide a few benefits.

Will shrimp try to escape?

This question is quite common, and online you'll find about half of the shrimp keepers on various forms say their shrimp are always attempting to escape, and the other half will say they've never had any runaways. Amanos in particular seem to have the biggest reputation for being escape artists, but it's possible that any type of shrimp could try and escape.

Personally, I've only had a single shrimp climb out of the tank in my years of keeping shrimp tanks. A Tangerine Tiger had climbed out of its tank and managed to get a few inches away on the carpet.

Looking back, I think it was because I topped up the tank with a bit too much water and raised the water level quite close to the rim. I now try to only fill the tank up to about half an inch, or a couple of centimetres, from the top and haven't had any issues since.

So in theory, there's a small chance your shrimp might try and climb out for some reason, but it's very unlikely and not really much of a concern.

Benefits of using a lid

Covering the walls of your aquarium with some kind of lid will make it much harder for any of your runaway shrimp to actually escape.

Your tank's water level will slowly reduce over time due to evaporation.

Keeping a lid over the top of the water massively cuts back on how much evaporates into the air. Tanks with lids will need much less frequent top-offs with RO water than tanks with open tops.

This also means that you'll reduce the humidity of the room the tank's in. If you're concerned about getting mould spots near your tank, using a lid will make a noticeable difference to the humidity level.

Another benefit is this will also keep your water parameters slightly more stable. The water that gets trapped by the lid and falls back into the tank will prevent TDS creep as the minerals left behind will redissolve again without needing extra top-off water.

Connected to the benefit of reduced evaporation is that the water will stay warmer, too. If you run heaters in your tank, they'll be more efficient in a setup with a closed lid than an open-top as a result.

For the best of both worlds, you could put a lid on your tank during the winter and take it off again when you're back to warmer weather.

Using a sponge filter causes bubbles to pop at the water surface, and if your filter is placed near a wall, these bubbles can spray tiny amounts of water onto nearby furniture and walls.

Over the course of a day, these small bursts of water might be barely noticeable, but over time they can build up and leave stains or marks on your wall. Trapping these rogue water droplets with a lid is a great way to prevent this.

Normally, lids are opaque and dark, preventing a good amount of natural light getting into your tank.

This can be a very helpful feature if you're fighting a battle with algae. Starving the algae from extra light will obviously slow down its growth or possibly even get rid of it entirely.

Reasons not to use a lid

As strange as it sounds, if floating plants get wet tops for too long, it can cause them to slowly decay as the leaves rot away.

Evaporation collects against the roof of the lid, condensing, and then falls back into the tank. These droplets can build up and gradually break down the leaves, slowing down the growth of the plant, as it then needs to put more energy into growing new leaves.

On the flip side to the benefit of reducing algae, a lid that reduces light will also stunt plant growth.

To avoid issues with slow or unhealthy plant growth, you should try to get a lid with a decent light built-in, or with a cut-out specifically for an external light.