How To Cool Your Shrimp Tank in the Summer 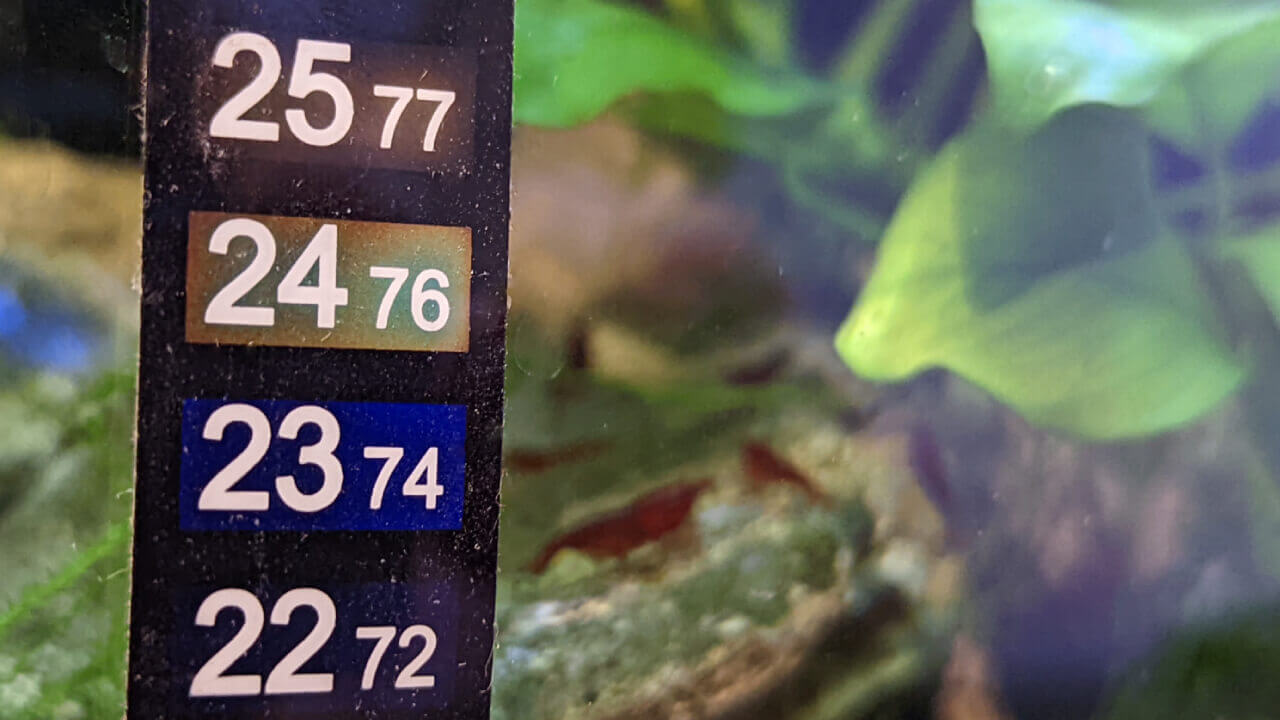 During the hot summer months, it's important to monitor the temperature of your aquariums as it can rise very quickly. The rising temperature also causes the water to hold less dissolved oxygen and it can get even more dangerous for your livestock.

One of the most common signs that your livestock might be struggling with heat is seeing them gasping for air near the surface. Another is seeing your shrimp and snails trying to climb out of the tank.

When you notice it's starting to get a bit too hot, carefully work through the methods on this page - don't rush any changes. Sudden temperature changes, even with a safe range, can cause more problems than being slightly warm for a while. You risk putting your fish or shrimp into shock by causing a quick temperature swing.

The suggested methods to lower your aquarium's temperature are explained below:

Before you begin making any changes, if you have a heater you should leave it turned on, but temporarily reduce the desired temperature. Turning the heater off completely could cause the temperature to decrease too quickly, and we want a controlled descent.

Plug in a fan

If your aquarium has a lid you should remove it to allow any trapped heat to escape.

Plug in a fan and point it at the water surface to gradually lower the temperature. This will also speed up the evaporation of your water so you should keep an eye on the water level to prevent it from dropping too low.

Performing a water change with cooler water is a simple way to cool the tank down. Try to keep these water changes small, preferably doing multiple smaller changes throughout the hottest parts of the day instead of a single big change.

It's important not to change too much water, or its temperature, in one go as it could shock your fish. If you're trying to cool a shrimp tank, you should add slowly add the colder water using drip acclimation.

Turning off the aquarium lights can make quite a bit of difference depending on what you use. Some of the more powerful lights can emit a good amount of heat.

Similarly, if your tank is near a window or in direct sunlight you could try shutting the curtains or blinds.

This method doesn't reduce the temperature of the water, but it helps avoid one of the most dangerous side effects: lack of oxygen. A common sign in overheating fish is seeing them gasp for air at the surface. This happens because the hotter water gets, the less dissolved oxygen it can hold. The molecules in hot water move faster than when cold and let oxygen more easily escape.

Improving the gas exchange in the water with an airstone and air pump will help to make sure there's enough oxygen in the water for your livestock.

Installing a chiller can be a pretty expensive option but should also immediately solve your overheating problems. As their name suggests, they're an extra bit of kit you can add to your setup that performs the opposite role of a heater.

If you have the money and room to install a chiller, it would give you a lot of peace of mind, especially if you live somewhere that frequently gets hot weather.

There are a few methods you should avoid because they can be unsafe and it's not worth the risk.

Adding cold water directly to the tank will cause a sudden temperature change, potentially putting your animals into shock, especially with sensitive creatures like shrimp. You can instead perform a partial water change, as mentioned above, but make sure the new water is introduced slowly.

Similarly, floating ice in a bag or bottle can be just as dangerous as adding cold water directly into the water. It may cause the temperature to change too quickly to be safe for lots of fish, especially if they get too close.